Halevi was born into a traditional Jewish family in London on 8 January 1933. He spent much of his childhood in the area around High Wycombe where his family moved to avoid the bombing in the Second World War. It was here in the Chiltern Hills, where the rich history of the area, the beauty of the fields and the woods, and the impact of the war, left a deep impression on him.

He moved to London, which he explored extensively with his love of history, and studied at St. Martin’s School of Art and the Royal Academy School. His training as a graphic artist and a book illustrator came to good use later when he selected images for the revised editions of his books. He said, in art school, he learned to see, which made him think creatively rather than academically.  He also drew human faces and observed characters which taught him about psychology. This became useful later when doing horoscopes.

He chose to spend his national service first in mental hospitals, and then in a large London teaching hospital and it was here he observed, at first hand, human psychology in life and death. He then returned to his love of art and took up a scholarship at the Royal Academy and School of Painting after which he found employment in theatre workshops. His time there gave him the practical skills to improvise and invent with all manner of materials, an aptitude that brought him much pleasure which continued into his old age and evident in the extensive collection of tools and raw materials he left behind.

His early enthusiasm for telescopes developed into an interest in astrology and esoteric teachings. He went on to explore the inner dimensions of various religions and philosophies but soon realised there was only one Teaching, and that was universal. It was in a Gurdjieff–Ouspensky School that he met a friend who instructed a small study group in astrology and introduced him to Kabbalah and the Tree of Life. He recognised and remembered the Tree of Life and saw its precision in explaining how the microcosm and the macrocosm came together. It was here that the extended form of the Tree of life was reformulated and called Jacob’s Ladder. He started to look deeper into his own Jewish heritage and found hidden treasures in its traditions and vast mythology. Teaching and writing about Kabbalah became his life’s work 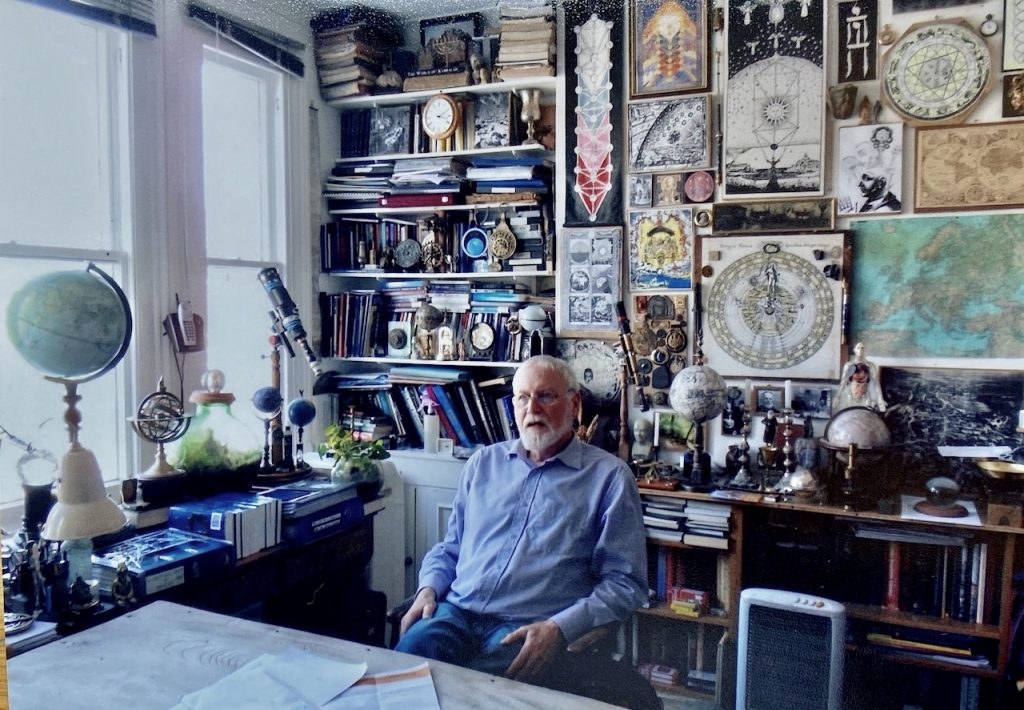 Halevi began to write on Kabbalah in the early 1970s while living in a small flat near Holland Park, setting out the four worlds of Action, Formation, Creation, and Emanation in terms of the body, psyche, spirit, and Divine elements in a human being. He made a point of studying other schools of the soul and meeting their teachers which enriched his understanding of the way that the Teaching is matched to different cultures and time.

His specific calling was to update the tradition of Kabbalah. He recognised the need to clear away the complexity and mystification that had accumulated over many centuries and to apply its universal principles to topics such as psychology, astrology, religion, and science.

His contribution was to describe and fill in the triads of the Tree of Life diagram and set out the Tree of the Psyche in detail. His work on the Jacob’s Ladder diagram revealed how the physical, psychological, spiritual, and divine worlds, interact so that we, as Divine organs of perception, might ‘aid God to behold God’. His legacy is an integrated system and a contemplative working method.

While Halevi passed on the tradition of Kabbalah in his writings, he also ran study groups and meditations in his iconic ‘room’, filled with diagrams, sacred objects, and bookshelves of esoterica and, of course, his beloved telescopes. The same ‘room’ moved with him through all his various homes. His teaching was marked by its relevance to life experience and history, together with the vital element of humour, a tradition deeply embedded in Jewish culture. His telling of jokes is memorable.

Over fifty years, he taught groups, ran workshops, and lectured in other schools, such as the Theosophical Society and the Temenos Academy of which he was a fellow. He taught in many countries including Europe, North and South America, Japan, Israel, Egypt, Australia, and South Africa, and led pilgrimages to sacred sites.  Halevi’s school, the Kabbalah Society, is also called the Toledano Tradition, which refers to its lineage from classical Spanish Kabbalah and reflects the time in medieval Toledo when Jews, Christians, and Muslims lived in peace and exchanged ideas.

Halevi advised many people privately, often using their horoscopes to gain insights into themselves and their life situations using his discerning knowledge of astrology and Kabbalistic principles. Central to his teaching is that the practice of Kabbalah is through personal experience and insight.

His seventeen books, including astrology and a novel, have been translated and are available as foreign editions in sixteen different languages. The revised editions of his books are also available as eBooks.

Halevi was much loved by his many students and friends worldwide who will miss him greatly. The world has lost a visionary-wise one.that had accumulated over many centuries and to apply its universal principles to topics such as psychology, astrology, religion, and science.